Listed in order, just scroll down to find them  –     talk  /  The Winterling

This is probably the best image to begin ‘talk’  –  Dr George Haydon works to calm his hysterical patient Emily Clayton, while she’s restrained by Fowles the Orderly, and Ward Sister Grey looks on disapprovingly.

New Venture’s February production featured a play both written and directed by Mark Wilson, about the very beginnings of psychoanalysis and the the advances in the treatment of the insane in the mid nineteenth century. 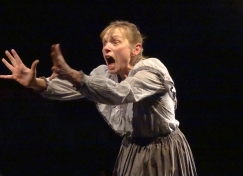 Both Richard Dadd, the painter (a real figure) and Emily Clayton (a character created by the author) are incarcerated in London’s Bethlem Royal Hospital.  It’s a huge building in Southwark,  and my lighting had to evoke gloomy interiors punctured by shafts of light from windows, as well as the warmer glow of oil or gas lighting in some of the rooms. 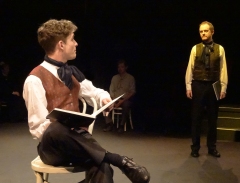 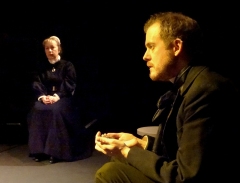 As well as the patients, the play focuses on Dr Haydon and his colleague Dr Charles Hood, both committed to a more humane treatment of their patients (though with different approaches), and their conflict with the authoritarian Sister Grey, who holds passionately to traditional methods of restraint to keep control. 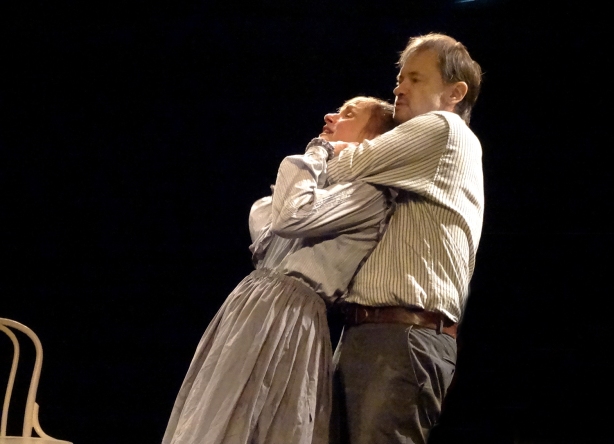 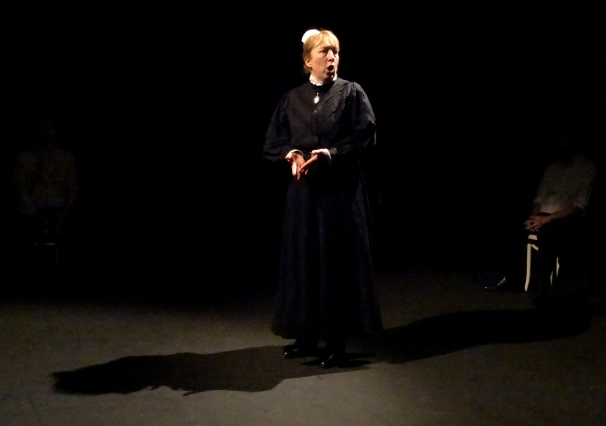 An interesting project for me.  As well as evoking a nineteenth century asylum,  the production was staged in the round, with the seating on all four sides of New Venture’s Studio space.  So my lighting had to illuminate the action while avoiding spilling over and dazzling the audience members. 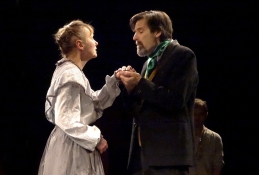 All the action in ‘The Winterling’ takes place in a remote farmhouse on Dartmoor.  New Venture’s January production used a single set, but I had to produce lighting to create the effect of three separate times of day  –  nighttime, late afternoon and morning.  A change of colour and direction for the lighting in each scene. 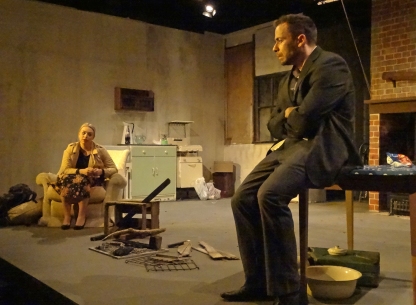 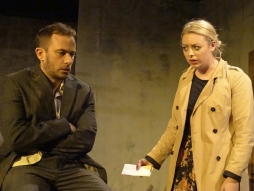 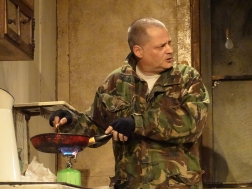 Jez Butterworth’s play is very dark, but director Steven O’Shea also brought out the many funny lines.  There was laughter from the audience, as well as a shudder of horror at the end.

What my photographs don’t show is the ear-shattering scream of the military jets flying low over the farmhouse.  Great sound effects from our sound designers – but you wouldn’t want to buy a home on this part of Dartmoor . . . 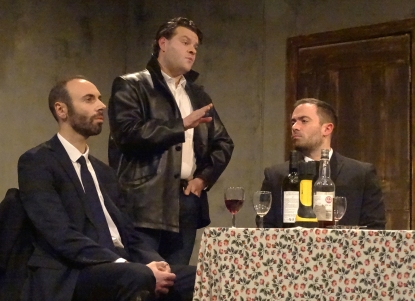 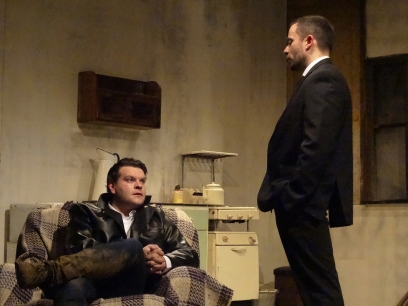 I did the poster for the production, too.   The director wanted a winter scene on Dartmoor, but couldn’t run to the petrol – so I had to produce it in Brighton. 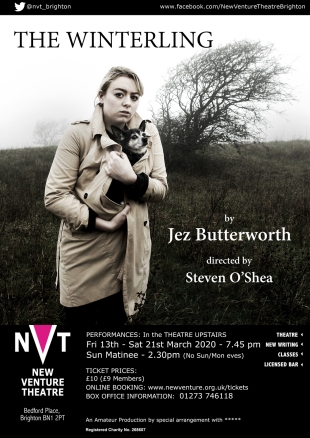